Click here to go to the event's homepage on Sports Systems.

The movie below can also be watched in HD (click on the little 'cog' icon and choose the highest resolution).

Due to operational changes at the firestation, there will not be a 10k in 2014, but the race is expected to happen again in 2015.

For results, please see the Sports Systems website at the link above.

Well done to everyone who finished - what a great day for a run!

Photos 2012 (Steve Rencontre, and below) 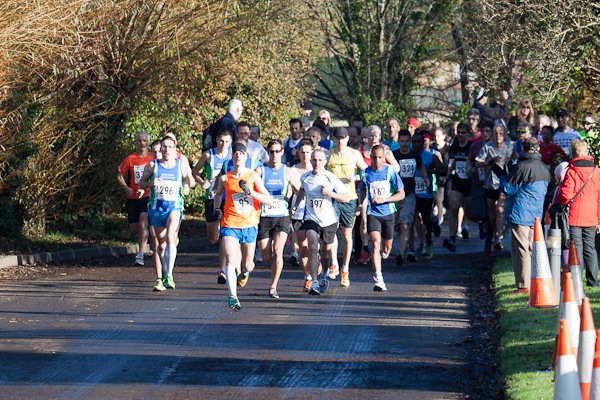 Well done to everyone who took part in 2011 - Well done to Clapham Chasers, who had over 80 runners out and won the team prize (and many others!)

Photos below by Steve Rencontre - thanks Steve!

Chatty runners before the start...

Everyone goes off too fast!

Friendly marshals, just where you need them!

"If Leatherhead Fire Station is as good at putting out fires as it is at organising races, the people of Leatherhead are in safe hands." 'Percy Veerance'

On Sunday 14 November 2010 the annual Leatherhead Fire Station 10k attracted 331 runners from around the southeast and from further afield, under grey skies but in otherwise excellent conditions - cool and dry. The course is simple: 4km up, 2km down and a 4km canter on practically flat bridlepaths and tracks back to the finish. A very large number of marshals were present, to ensure the safety of runners, and there was good support from the spectators dotted around the course. The race was preceded by an perfectly-observed one minute's silence for Armistice Day.

First man home was unattached Andrew Tugwell in 37:11, while second home was first male Vet (46-50) Howard Jones or Dorking and Mole Valley AC (an impressive run, especially since he had raced for his club the day before). Third man home (second vet 46-50) was Bernie Mulvaney, in 37:35. When only 32 seconds separate the top three men, you know it has been a bit of a battle at the front. First lady home, in 14th place was Paula Hartwell (V35) of Go West SFRS in 39:32, second home was senior lady Rachel Bentley of Clapham Chasers in 39:50 (17th place - another battle, only 18 seconds behind the first placed lady) and third lady home was Ruth Hutton of South London Harriers (28th place, 40:38).

Last home was Jackie Pullen of Ashtead Running Group in 1:23:25, substanially faster than the last-placed runners of the two previous years, and once again beating all those people that didn't bother to get out of bed on race day.

The race raised funds for a number of local charities, including Help for Heroes.

Results - from the excellent Sports Systems

Congratulations to everyone who finished the race - and big thanks to all the organisers and marshals - thanks guys and gals!

Great race - yet again! Thanks to Terry and all his colleagues for putting this on!

Clapham Chasers won the Team prize (and was the first, second and third placed in the team competition - and took ten of the first 12 team placings). Dorking and Mole Valley was the second-placed non-Clapham Chasers team (4th overall), and Ashtead Running Group was third. 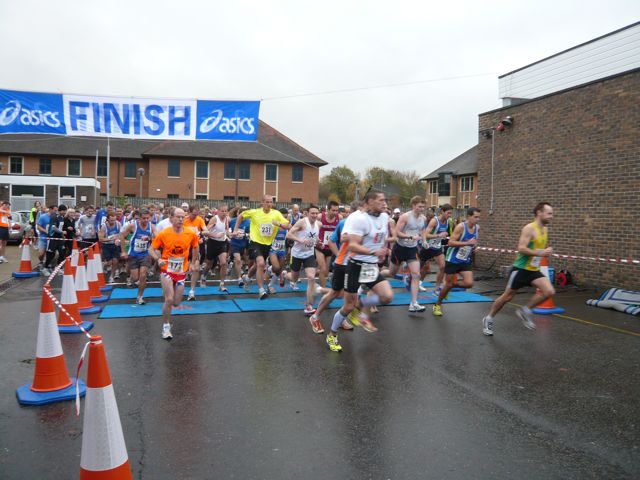 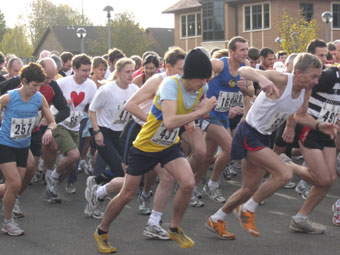 Runner's World discussion on this race 2008

(This web page hosted and authored by www.Trionium.com)

If you enjoyed the Leatherhead Fire Station 10k, you may also enjoy the Knacker Cracker 10k, (1 January 2009, Box Hill),

Runner's World discussion on this race 2006